Passer au contenu
FREE Shipping for all orders over 100$
Menu

Gaby Leya III; Persevering and smiling despite everything

The events in the past few weeks surrounding racism have affected many people around the world. Some people face racism continuously, regardless of the profession they occupy, their skin colour or even the sport they practice. Gaby Leya III is one of them. He was kind enough to let us step onto his field where persistence and smiling are always part of the game.

Gaby Leya III is 23 years old. He has been playing basketball for several years now. He is now playing for the Rouge et Or basketball team of the Université Québec à Laval. Before following in Michael Jordan, Shaquille O'Neal, Kobe Bryant and Lebron James's footsteps, our athlete touched a bit of every sport. "I played soccer for five years. I was one of the prospects for the Quebec games to represent Canada at the U12 world championship. In high school, I had to choose between soccer and basketball. I opted for basketball. I played Atome 2A, Benjamin 2A and Cadet 3A." At age 15, he played hockey on several levels. His team even made it to the semi-finals at the Quebec Cup.

The 6' 3' winger didn't always have an amazing run. He had a back injury called a hernia. This intervertebral disc injury deprived him of sports for six months. When he set foot at Cégep de Sainte-Foy in Quebec, he decided to get back to basketball. He obtained exceptional statistics, which earned him several grants across the country. As the saying goes, "persistence and tenacity come to the end of everything."

The incredible sport of basketball was a great motivator to keep the basketball player in school. "I was the first of my family to go to university. Basketball allowed me to stay on the school benches. I was able to stand out, and it was a great source of pride for my parents." he said with joy. In order to be a good athlete, you have to put your priorities in the right place to allow you to reach your goals.

As I mentioned earlier, Gaby has experienced racism. "I experienced it mostly in hockey. I was the only African practicing this sport, and was called vicious names. However, it didn't stop me from continuing to play and perform. I took what people told me to work harder and to show them that their words did noreach me," he said with emotion. The events of the past few weeks have opened the eyes of some people. "We have to stick together. Everyone is equal. We have the same blood flowing through our veins. If everyone was treated in the same way, it would be a big step for humanity," he added.

From my interview with Gaby, I saw a persevering and a versatile young man who has gone through many situations. Despite everything, he exudes kindness and great strength. He is a great team player who likes to talk with the younger players to help and encourage them. As the old saying goes, "Alone we go faster; together we go further." 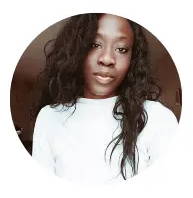