Passer au contenu
FREE Shipping for all orders over 100$
Menu

Josh Cartwright’s parents got him his first motorcycle when he was only three years old. At four years old, he was already competing in races. It has been 20 years since Josh’s first race, and he is now a professional Supercross/MX athlete. Here is the beautiful story of Joshua Cartwright.

Born and raised in Memphis, Tennessee, Joshua was riding a motorcycle before other kids could even ride a regular bike. He recalls those first moments on the machine that would soon become a part of himself: “It was my favorite thing to do in the world and I could not get off of it”, he says. This passion he had for motorcycle riding along with his desire for speed and freedom brought him to start racing at the age of 4! His amateur career then began.

Cartwright never stopped dreaming about becoming a pro one day. Working hard and giving everything he had in every race during his amateur journey. Then, in 2013, the American won the prestigious Loretta Lynn amateur race in the College Boy class. This victory marks a turning point in his career. This victory took him to the next step, the place he always wanted to be: the professional Supercross/MX world.

To pursue his dream, Josh decided to move to Florida when he was 18 years old, right before his graduation year. He now lives in Tallahassee, where he is working hard every day in order to be the best on the track. Every morning, the athlete rides his bike and perform his motos, then comes back home to do his off-bike training in the afternoon. Cartwright has the chance to have Ricky Carmichael, his idol and Supercross legend, as his trainer. The 24 year old describes Carmichael as “the best in the sport”. He is looking up to him since a young kid and he considers having him as a trainer a huge privilege. Josh is now a professional motocross driver, competing in the PR-MX Pelletier Kawasaki team in the AMA Supercross Championship.

To get where he is right now, Joshua obviously worked very hard, but he also had to do many sacrifices. When I asked him about those sacrifices, the biggest one coming to his mind was that he had to move away from Memphis, leaving behind him his family and friends. He admits having hesitated moving to Florida at first, knowing that he would have to move far away from the people he loved. He moved to Tallahassee right after the 11th grade, which means he didn’t get to graduate high-school with his childhood friends. This was hard for him, but the incredible support and understanding of both his family and friends convinced him to do it. He had to restart his own life away from his hometown. Furthermore, for a certain time, Cartwright had to deal with attending college full-time and also racing supercross full-time. He had to work even harder to be able to do good in both. He is now a Florida State University alumni with an Information Technology(IT) major in his backpack. This shows how much of a dedicated person Josh Cartwright is.

In the end, he does not regret everything at all. All of this hard work and all of those sacrifices paid off, as he now has the chance to do his “favorite thing in the world”. Pro Supercross racing gave him the chance to meet new people and to create new everlasting friendships. Still today, Josh is very grateful that his parents, who raised him the way he is, gave him the opportunity to realize his dream. Joshua Cartwright’s story is truly inspiring and it reminds us that we should always give our best and work hard for the things we really want. 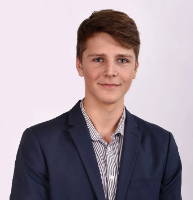